The Weeknd has a rare opportunity for fans to play his music — on heavy machinery.  The Grammy winner revealed Thursday that he released his new single, “Out of Time,” on a playable saw blade.

“Collaborated with @MSCHF on something crazy that’s never been done before,” The Weeknd teased.  “it’s a real saw blade… it’s a playable record… it’s out of time!”  He then shared a video of an elderly man using the saw blade to cut through wood before plopping it on the record player to jam out to the smooth tune.

The blood-red blade-turned-vinyl record has serrated, sharp edges and “Vinyl blade” emblazoned on it, along with DAWN FM, the name of The Weeknd’s new album.

Over on his Instagram story, The Weeknd showed the protective casing the 12-inch disc will come in, including an oversized red box and black padding that has a warning label printed on to warn about the record’s ability to slice off fingers if mishandled.

The rare collectible is up for auction now on vinylblade.com; only 25 will be sold to the highest bidders.  The auction closes Friday.

And, for those wondering if the record can be used on heavy machinery as well, The Weeknd states in a disclaimer,  “It is not rated or intended for use as a functional saw blade. Attempting to use Vinyl Blade on a saw could result in serious injury or death.”

He also added the caution, “Do not operate while heartbroken.” 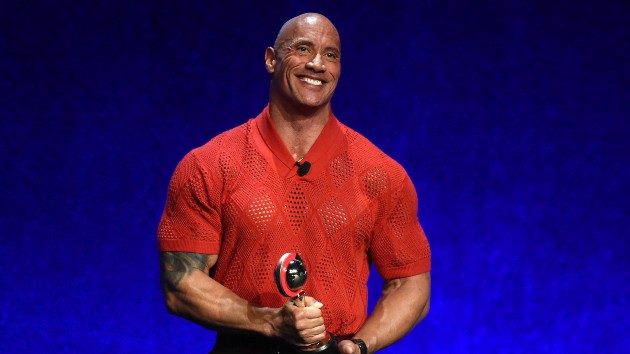 In Brief: Jesse L. Martin scoots from ‘The Flash’, Salma Hayek in on ‘Magic Mike’, and more