The late actor Chadwick Boseman is remembered as a prolific performer who took on roles that highlight the Black experience. He’s widely recognized as T’Challa in Marvel’s Black Panther, but before his reign as the King of Wakanda, Boseman delivered a moving performance honoring iconic baseball player Jackie Robinson in the biopic, 42.

The film, which tells the story of Robinson’s historical achievements as the first Black MLB player, was released on April 12, 2013. It garnered positive reviews and great success, grossing $97 million worldwide against a reported budget of $40 million.

The film’s title is a reference to Robinson’s jersey number, which was retired from the MLB in 1997 and that he wore with the Brooklyn Dodgers, the team that drafted him in 1947. Boseman spoke in past interviews about the first time he put on the symbolic jersey, saying he thought it was “unbelievable.”

“The time that was actually the most amazing was during filming,” he explained to Entertainment Tonight Canada. “There’s a moment, that’s actually not in the film but in the trailer, where I basically looked at myself in the mirror and saw my face change,” he said with a laugh, adding the note that he wasn’t going crazy experiencing the “amazing” moment.

Because of 42’s critical lens on Robinson’s life, including but not limited to the racism he experienced as a baseball player, producers called upon his widow, Rachel Robinson, to ensure storytelling accuracy. Boseman once spoke with ABC News’ George Stephanopoulos about the pressure that came with the role, including the fact that he reassured Mrs. Robinson that he’ll do everything in his power to “honor” her husband.

While we celebrate Jackie Robinson Day on April 15, the day he made his Major League Baseball debut with the Dodgers, may we also remember the late, great Chadwick Boseman. 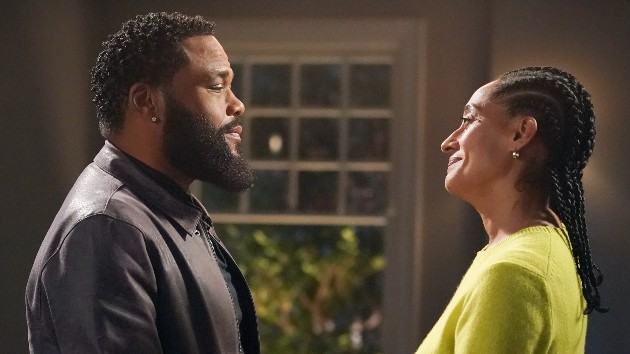