It was a star-studded night at the BET Awards 2022, which aired live from Los Angeles’ Microsoft Theater Sunday, with Taraji P. Henson hosting for the second year in a row.

Lizzo got the celebration started with an energetic performance of “About Damn Time.” Later, Jack Harlow, was joined by Lil Wayne to perform their track “Poison” and Brandy, who rapped her freestyle to “First Class.”

Ella Mai brought out Roddy Ricch and singer-songwriter extraordinaire Babyface during her turn on stage while Latto, who snagged the Best New Artist award, had the iconic Mariah Carey join her to perform the “Big Energy” remix.

Not many awards were given out during the ceremony, but the ones that were included Mary J. Blige who took home the BET Her Award, Tems who won for Best International Act and Best Collaboration where she featured on Wizkid‘s “Essence,” and Album of the Year for Silk Sonic‘s An Evening with Silk Sonic.

As if it wasn’t already an A-list event, R&B legends Blige and Jodeci kicked off a nostalgic tribute for Diddy before he took over and guided fans through a medley of hits he’s credited for, including “Bad boyz,” “It’s All About the Benjamins (Remix),” “I Need a Girl (Pt. 2),” “Pass the Courvoisier,” “I’ll Be Missing You,” and his latest release “Gotta Move On.” Shyne, The Lox, Lil Kim, Busta Rhymes, Faith Hill, and Bryson Tiller joined Diddy for the medley, which also included an emotional video of Kim Porter, Diddy’s former partner who died in 2018.

Afterwards, Babyface and Ye, stepped to the mic to share a few words about the man of the hour, before presenting the Lifetime Achievement Award. During his acceptance speech, Diddy handed out a laundry list of thank-you’s, including one to his ex, Cassie. 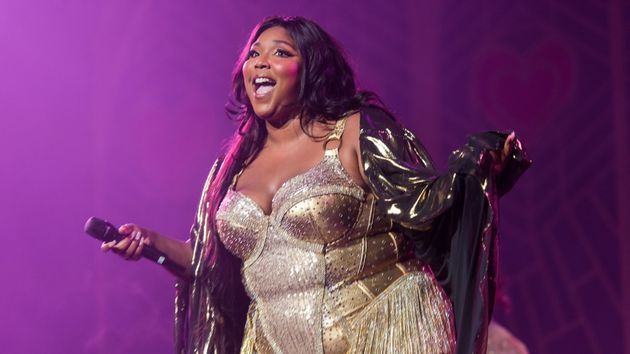