After Sean “Diddy” Combs delivered a show-stopping performance of some of his greatest hits at the 2022 BET Awards on Sunday, he accepted the Lifetime Achievement Award presented by legendary producer Babyface and the night’s special guest, Kanye West.

Ye’s entrance onto the stage of “culture’s biggest night” shocked the crowd, as he walked out sporting his famous face mask, which covered his mouth for the duration of the moving speech to his “favorite artist,” Diddy.

“How do we crown our kings? How do we appreciate our kings?,” Ye began. “To think how far we could just make if off of inspiration, to hear the way somebody chopped a sample in. Me and [friend] rushin’ to see who could get the Bad Boy mixtape and play back the original version of “Benjamins,” over and over, thinkin’ I was one of the Hit Men.”

“I was signed to Puff without him knowing,” he joked before adding, “That statement is not legally binding!”

Ye went on for a few minutes, reminiscing on his early music years inspired by Puff and reiterating the his admiration for the 52-year-old music mogul.

“Puff if I never told you, I love you. You my brother.”

“Stay connected to God, and he’ll bring you out,” he said. “I just want to say thank you to Kim.”

Diddy wrapped his speech by recalling a “dream” he says, of Black people “being free” and “controlling our own destiny.” He then pledged $1 million to Howard University, his alma mater. 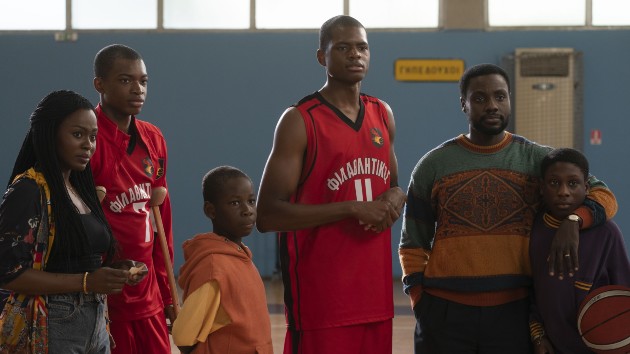 Director, star of ‘Rise’ talk about telling true story of the Antetokounmpo family