R&B singer Jesse Powell passed away Tuesday at his home in Los Angeles. He was 51.

The Grammy nominee’s younger sisters, recording artists Trina Bell and Tamara Powell, made the announcement for the family on social media.

“It is with a heavy heart that we announce the passing of our beloved son, brother and uncle Jesse Powell. He passed away peacefully in his Los Angeles home,” reads Tamara’s Instagram post.

“The family asks for privacy at this time as we mourn this tremendous loss and celebrate his everlasting legacy. Jesse loved music and he especially loved his fans who supported him throughout his career. We want you all to know that you meant the world to him,” concluded the post, which Trina also shared on Facebook.

Powell was born in Gary, Indiana and released four solo albums from 1996-2003. His second album, ‘Bout It, was certified Gold and featured the song “You,” which peaked at #2 on the R&B Billboard chart.

His cause of death was not revealed. 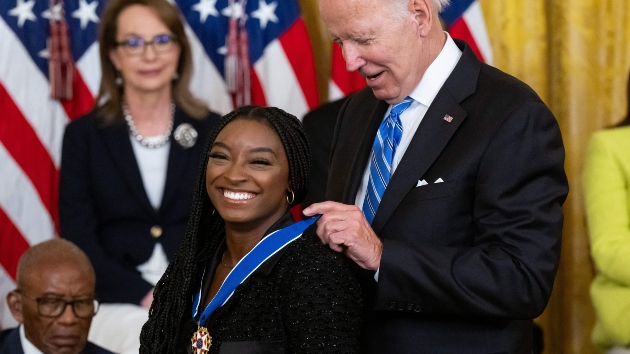 Simone Biles reacts to Medal of Freedom: “I still have no words”

Takeoff’s public memorial set for this Friday in Atlanta