Lil Nas X is seeing double at Madame Tussauds — that’s because he’s the latest celebrity to get the wax figure treatment.

The Grammy winner celebrated the Hollywood debut of his wax clone on Tuesday. The figure celebrates the iconic golden Versace suit he donned to last year’s Met Gala. Designers went all in and even replicated the nail art Lil Nas X wore in 2021.

Other attention to detail additions include the Versace earring he rocked to the event, as well as the choker he wore underneath the suit. “Are we twins or what? I knew this was going to be good but this is like, scary amazing,” he said in a statement.

Lil Nas X shared a side-by-side view to his Instagram, where the jokes wouldn’t stop rolling. “Never thought i would get the pleasure of meeting myself,” he quipped. “The sexual tension was too much to bare [sic].”

Fans were quick to point out they had a hard time figuring out who was who because the figure was so lifelike.  “Okay that’s too realistic because I couldn’t figure out which one was real,” one fan expressed in the comment section. Another remarked, “This [is] so freaky.”

Others noted they thought the real Lil Nas X — who was dressed in all black and a long, blonde wig — was the wax figure at first.

Madame Tussauds said Lil Nas X earned his wax figure because of all his contributions to music, fashion and pop culture.

Fans can interact with the lifelike statue now at Madame Tussauds in Hollywood, California.

In the meantime, get ready for new Lil Nas X music. His song “Star Walkin’,” which is the theme for League of Legends‘ 2022 Worlds Tournament, drops Friday at midnight. 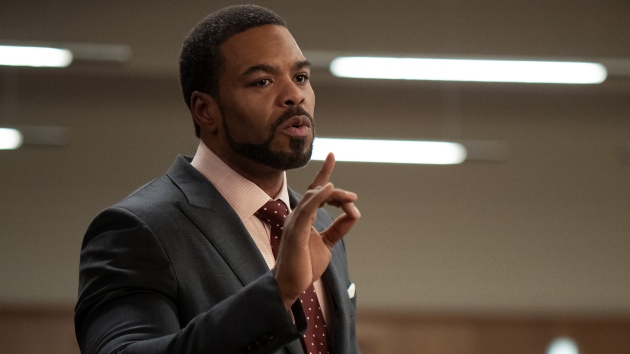