Lil Wayne had a special treat for fans attending his Lil Weezyana Fest Saturday in his New Orleans hometown.

As Wayne was performing his headlining set, he asked the audience at Champions Square, “Can you please make some noise for this foreigner? Let’s show him a good time in America.”

The “foreigner” was his Canadian protégé, Drake, who told the crowd, “New Orleans is one of the few cities that shaped my career,” according to Nola.com. Drizzy played an 18-minute set and was joined by his mentor for their 2011 triple-Platinum collabo, “She Will.” Drake then did renditions of “The Motto,” “In My Feelings,” “God’s Plan,” “Nonstop,” “Jimmy Cooks” and “Knife Talk.” He also told a story about how he knew his career had taken off when he saw a man in New Orleans selling bootleg copies of his 2009 mixtape, So Far Gone.

The Toronto rapper also remembered the beginning his career, when Wayne would call him onstage to guest on his 2008 hit “Mrs. Officer.” “I feel like I should have sang ‘Mrs. Officer’ tonight,” Drake said, before performing the first four lines a cappella.

As previously reported, Drake and 21 Savage’s joint album, Her Loss, was scheduled to drop October 28, but was postponed a week because producer Noah “40” Shebib contracted COVID-19. The album is now set to be released Friday.

The Lil Weezyana Fest was originally scheduled for August but was delayed due to “unforeseen circumstances.” In addition to Wayne and Drake, Cam’ron and Rick Ross were among the artists who performed Saturday.

The festival was canceled in 2020 and 2021 due to the COVID-19 pandemic. In 2019, Travis Scott, Megan Thee Stallion, Meek Mill, Trey Songz, Kash Doll, Saweetie and more took the stage. 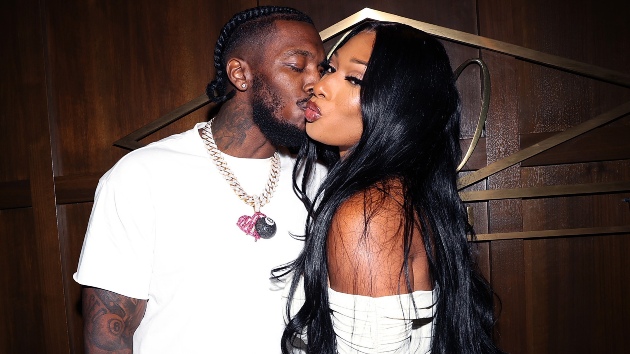