(NOTE LANGUAGE) A$AP Rocky has a released a new song in honor of the many artists who have passed on.

“Same Problems,” now available on streaming platforms, sees the rapper reflecting on the consistent deaths and the effect they’ve had on him.

“You gotta know that we the highest statistic of losing people. No other genre loses rock stars, pop singers and country artists,” he said while introducing to the song. “Hip-hoppers, we get killed and shot every day. Overdoses, all types of unfortunate events. So this next song is dedicated to everybody we lost and anybody who ever lost somebody.”

Rocky then performed the track as photos of DMX, Drakeo the Ruler, Juice WRLD, King Von, PnB Rock, Takeoff, Pop Smoke and other fallen soldiers were displayed on the screen.

“Same Problems” is expected to appear on Rocky’s upcoming album, Don’t Be Dumb. Its release falls on the eight-year death anniversary of Rocky’s friend A$AP Yams, who was 26 when he died of an accidental drug overdose. 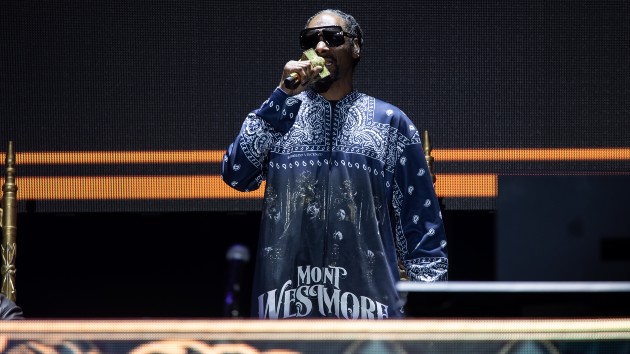