Jay-Z says fatherhood is one of the most important priorities in his life.

According to People, the Grammy-winning rapper opened up about the precious time spent with his three children, daughter Blue Ivy, 10, and twins Rumi and Sir, 5, with wife Beyoncé on a new episode of Kevin Hart‘s Peacock series, Hart to Heart.

Jay says spending time away from work with his family is something he “definitely” appreciates.

“Time is all you have. That’s the only thing we control,” said the 52-year-old rapper. “It’s how you spend your time. You’re reckless with your time before, you’re just all over the place and then you have to — What are you leaving your house for?”

He added, “Every second that you spend, you’re spending away from the development of these people that you brought here, that you love more than anything in the world.”

“So what are you going to spend that time on?” he asked. “So that changed a lot. That changed practically everything for me.”

Jay was recently spotted out with daughter Blue Ivy at the Warriors vs. Celtics NBA Finals game. A special, now-viral moment was shared between the two when the dad leaned in to give Blu a kiss on the cheek.

A new clip of Hart to Heart also shows a conversation between Jay and the comedian about whether he actually retired from music.

New episodes of Hart to Heart are streaming now on Peacock. 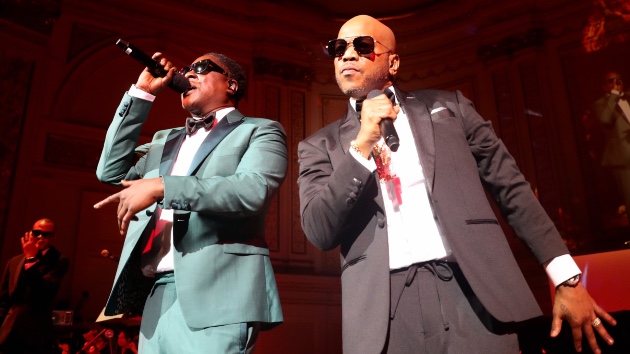